Madison inherited his plantation Montpelier in Virginia and owned hundreds of slaves during his lifetime. He served as both a member of the Virginia House of Delegates and as a member of the Continental Congress prior to the Constitutional Convention. After the Convention, he became one of the leaders in the movement to ratify the Constitution, both nationally and in Virginia. His collaboration with Alexander Hamilton and John Jay produced The Federalist Papers, among the most important treatises in support of the Constitution. Madison changed his political views during his life. During deliberations on the constitution, he favored a strong national government, but later preferred stronger state governments, before settling between the two extremes late in his life.

In 1789, Madison became a leader in the new House of Representatives, drafting many basic laws. He is noted for drafting the first ten amendments to the Constitution, and thus is known also as the “Father of the Bill of Rights”.[4] He worked closely with President George Washington to organize the new federal government. Breaking with Hamilton and the Federalist Party in 1791, he and Thomas Jefferson organized the Democratic-Republican Party. In response to the Alien and Sedition Acts, Jefferson and Madison drafted the Kentucky and Virginia Resolutions arguing that states can nullify unconstitutional laws. 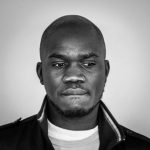