John was the tenth President of the United States (1841–45). He was also, briefly, the tenth Vice President (1841), elected to that office on the 1840 Whig ticket with William Henry Harrison. Tyler became president after Harrison’s death in April 1841, only a month after the start of the new administration. Known to that point as a supporter of states’ rights, which endeared him to his fellow Virginians, his actions as president showed that he was willing to back nationalist policies as long as they did not infringe on the powers of the states. Still, the circumstances of his unexpected rise to the presidency, and its threat to the presidential ambitions of Henry Clay and other politicians, left him estranged from both major parties. A firm believer in manifest destiny, President Tyler sought to strengthen and preserve the Union through territorial expansion, most notably the annexation of the independent Republic of Texas in his last days in office.

Tyler, born to an eminent Virginia family, came to national prominence at a time of political upheaval. In the 1820s the nation’s only political party, the Democratic-Republicans, split into factions. Though initially a Democrat, his opposition to Andrew Jackson and Martin Van Buren led him to ally with the Whig Party. Tyler served as a Virginia state legislator, governor, U.S. representative, and U.S. senator before his election as vice president in the presidential election of 1840. He was put on the ticket to attract states’ rights Southerners to what was then a Whig coalition to defeat Van Buren’s re-election bid. 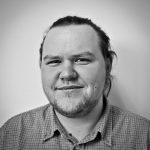